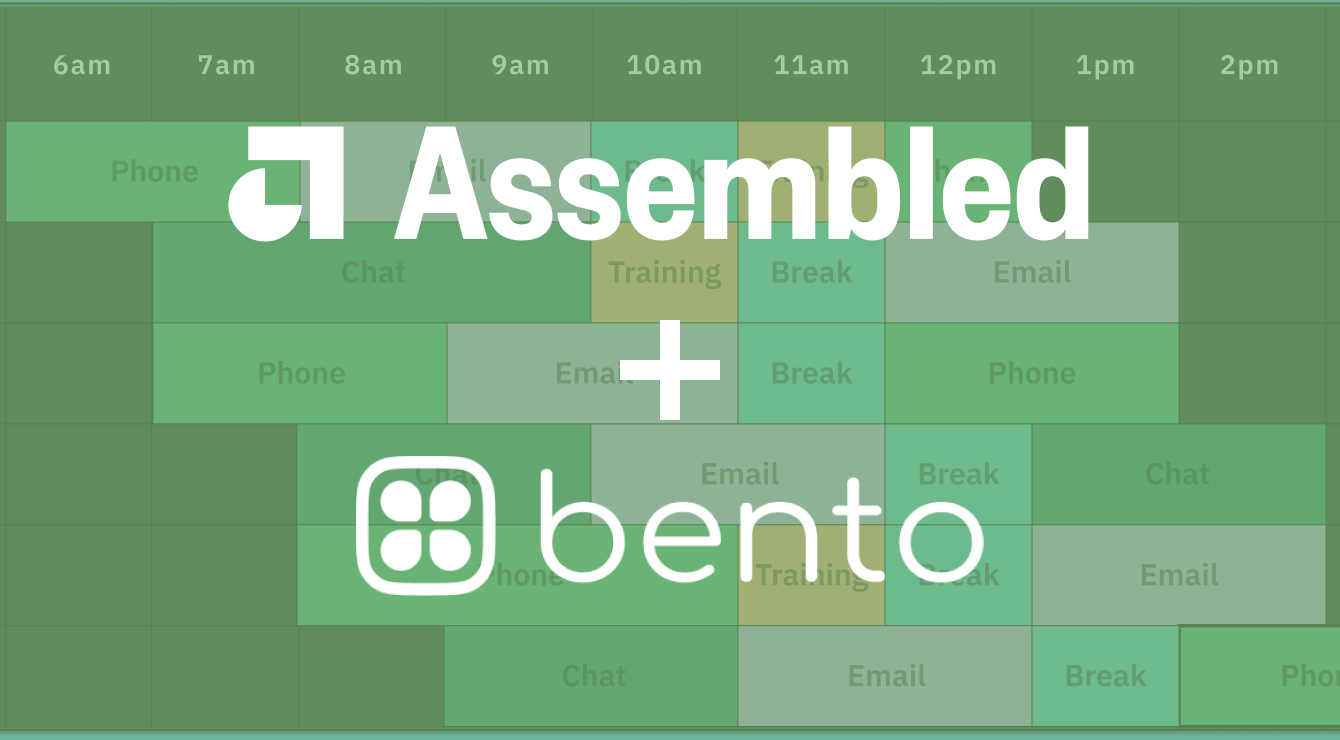 ‍Assembled is a workforce management platform that unifies seamless scheduling, accurate forecasting, and robust analytics to help ensure customers receive timely, empathetic support every time. They're used by hundreds of support teams around the world, including those at Stripe, Zoom, and Etsy.

Assembled is innovating in an age-old space (probably as old as contact and call centers have existed). On top of a modern and intuitive UI, and harnessing machine learning to create more accurate scheduling forecasts, Assembled has one special strategic advantage: they get customers to value faster.

Whereas incumbents take up to 6 months for implementation, it can be as short as a few weeks with Assembled. And that’s where Bento comes in…

White glove onboarding until it no longer scales

Like many customer-centric startups, Assembled served all of their first 100 customers pretty much the same way: working closely hand-in-hand with the primary users on the team, and over time, systematizing into a program. However, as Assembled's list of customers grew, it became more difficult to serve every team, no matter the size, in the same way.

Operationally it didn’t scale, but more importantly, they realized that smaller teams who didn’t deal with the same kind of organizational complexity as enterprise accounts, simply wanted to go faster. They had clarity around exactly what they wanted, and it didn’t make sense to make them wait until the next weekly call just to make forward progress.

Assembled already had a suite of tools at their disposal, from in-app guides to a help center, but knew that there was a gap to actually driving self-serve adoption. At first, their product team considered building a native flow, but every hour spent designing, building, maintaining and iterating on onboarding was an hour taken away from building features for customers.

“The guides we had were not interactive, and they were, frankly, reactive. Bento is proactive,” shared Sam Dehart, one of Assembled’s implementation experts.

“[The old guides] popped up based on where in the product a user clicked, but it wasn’t necessarily tied to the order where it made sense to go through the onboarding. It also wasn’t interactive, meaning once a user saw a guide and dismissed it, that was it. There was no further tie-in to an action, and I didn’t have visibility into what customers had done and what they hadn’t.”

Bento gave Assembled a way to achieve a native-feeling onboarding experience that users could actually engage with repeatedly as they made their way through set-up and getting to value.

It was set up in their environment within a few hours of engineering time, and otherwise freed up the Product and Engineering teams to focus on their core product.

Customer onboarding is 25% faster within the first months after launch

Through an internal pilot, Sam and her team experienced the interactivity of Bento – allowing users to opt into paths that matched their use-case, and tracked their actual progress. On top of all this, the success team had visibility into where users were stuck, and could intervene.

In the first months since launching to customers, Assembled has reduced time to completing implementation by 25%. Customers are also writing in, commenting on how well-supported they feel with having clarity on the path to success directly in the product.

“I’ve gotten 15 hours back a week that I used to spend in 1-1 onboarding calls, but the biggest success is that our customers are getting to value faster. Their experience is better, and that means we’re delivering on our strategy for faster implementation.”

Going from onboarding to everboarding

Bento is part of a broader scaled ecosystem strategy that includes office hours, community events, and personalized re-engagement emails. Assembled’s ambitions don’t stop at faster, better onboarding. Their goals are to enable all users to adopt the product effectively, and move up the maturity curve.

Next, they’ll be designing an everboarding experience with Bento that is segmented to different user groups so that users have proactive nudges that are relevant and actionable.

And as for advice for other folks building and designing onboarding experiences?

“You only get one shot to get a good first impression. And having the [onboarding content] be oriented in a way that's specific to the user’s situation is really important. You want to give people the sense that they’re not on their own and you understand where they’re at in their journey instead of just turning them loose in the help center.”

Great onboarding (and design in general) starts with empathy for the user, and enabling customers like Sam and Assembled to deliver these kinds of customer-centric experiences is what we’re all about. 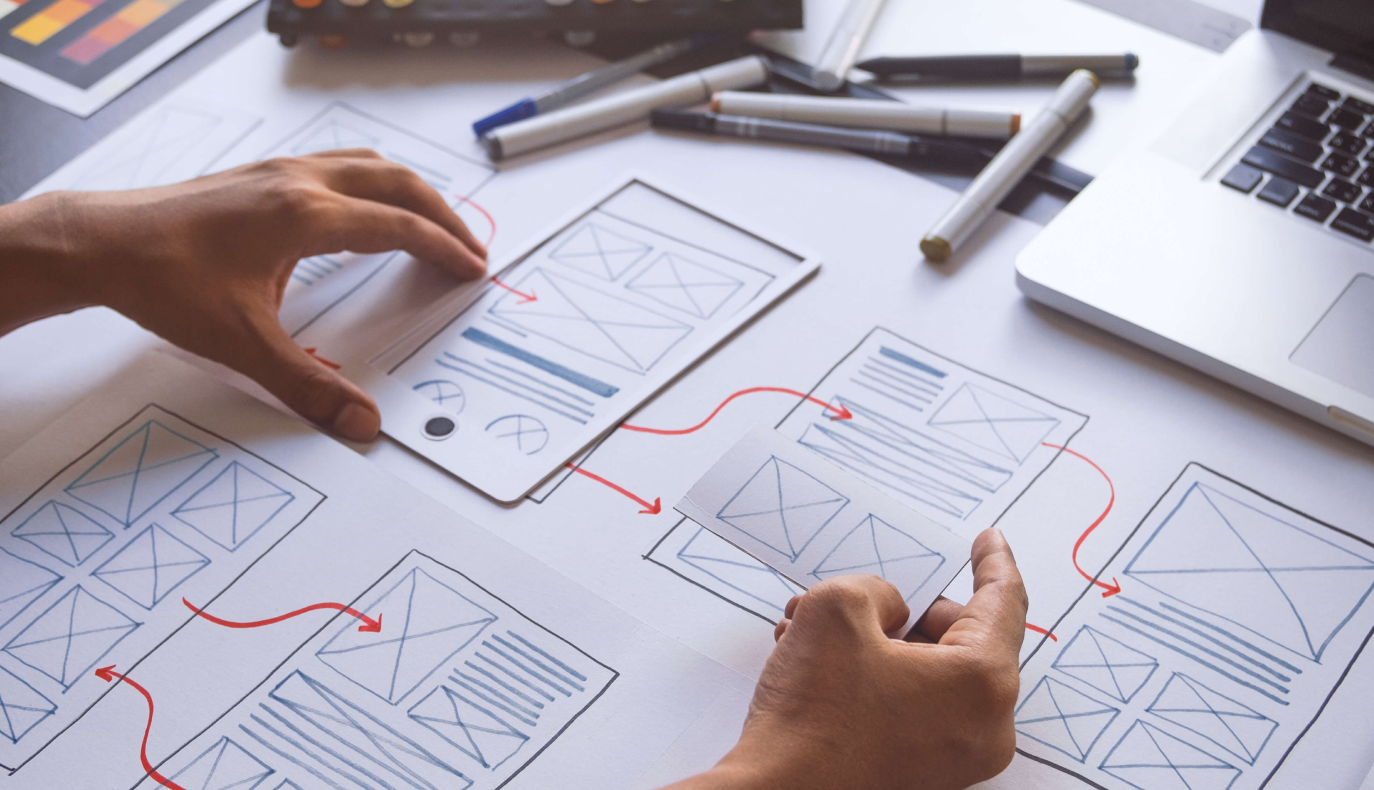 How to design an effective onboarding checklist

Every onboarding checklist project includes screenshotting examples from other applications. In this post, we examine why checklists are a great form factor, as well as the most popular designs in the wild. 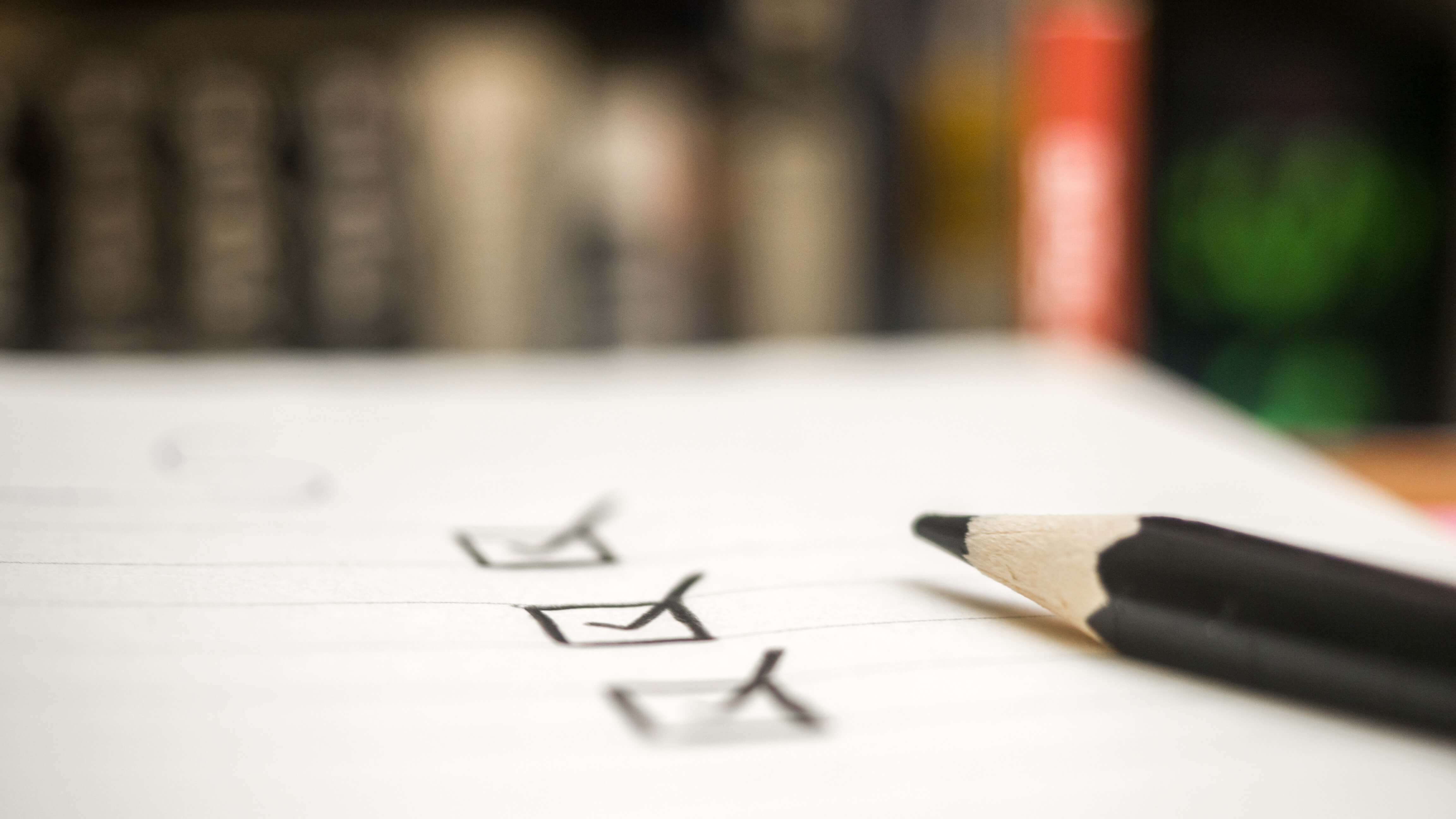 How to build a customer onboarding checklist

Building an onboarding checklist might seem straightforward at first blush. But creating an effective one entails thinking about its structure and more importantly, its goals. 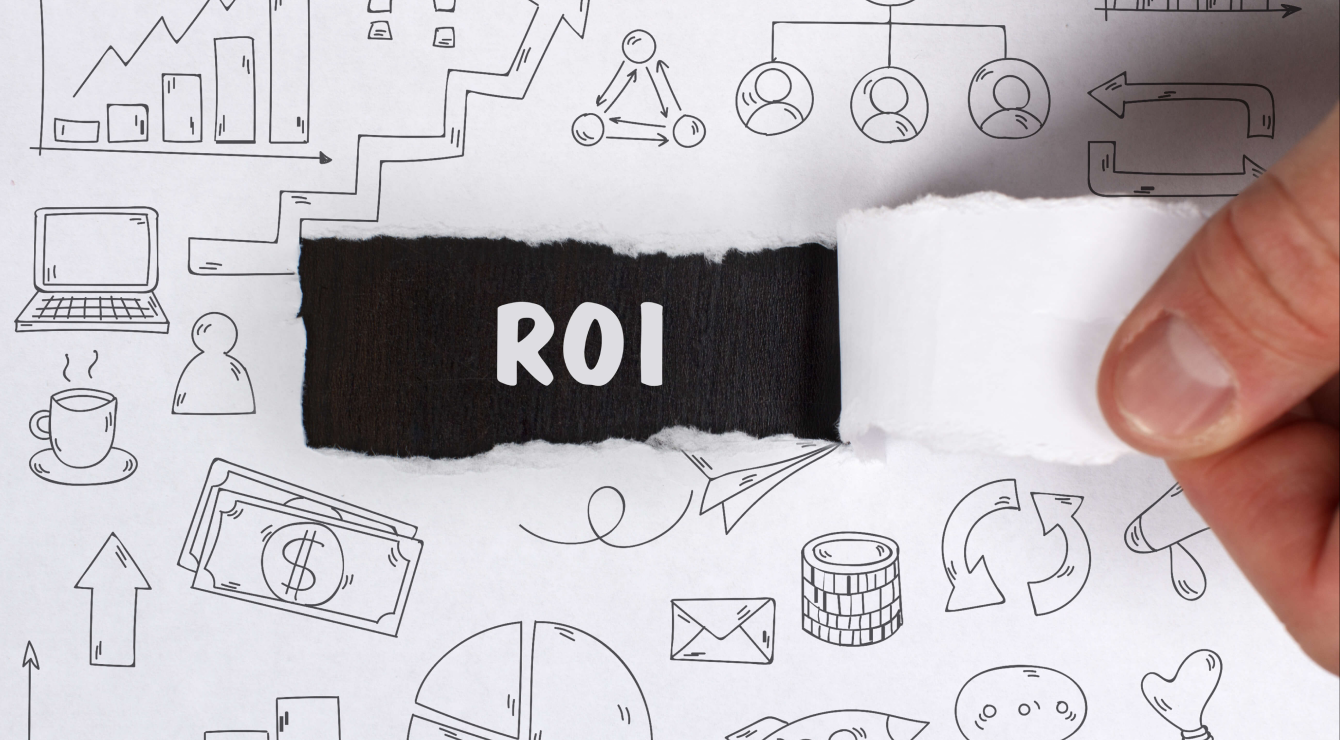 The question is not whether to invest in everboarding (you already are), but rather how much and how to distribute those initiatives to maximize impact. Let’s unpack some benchmarks on how much to invest, and what those dollars might net.

Everything you need to start everboarding*
and reduce churn in days.